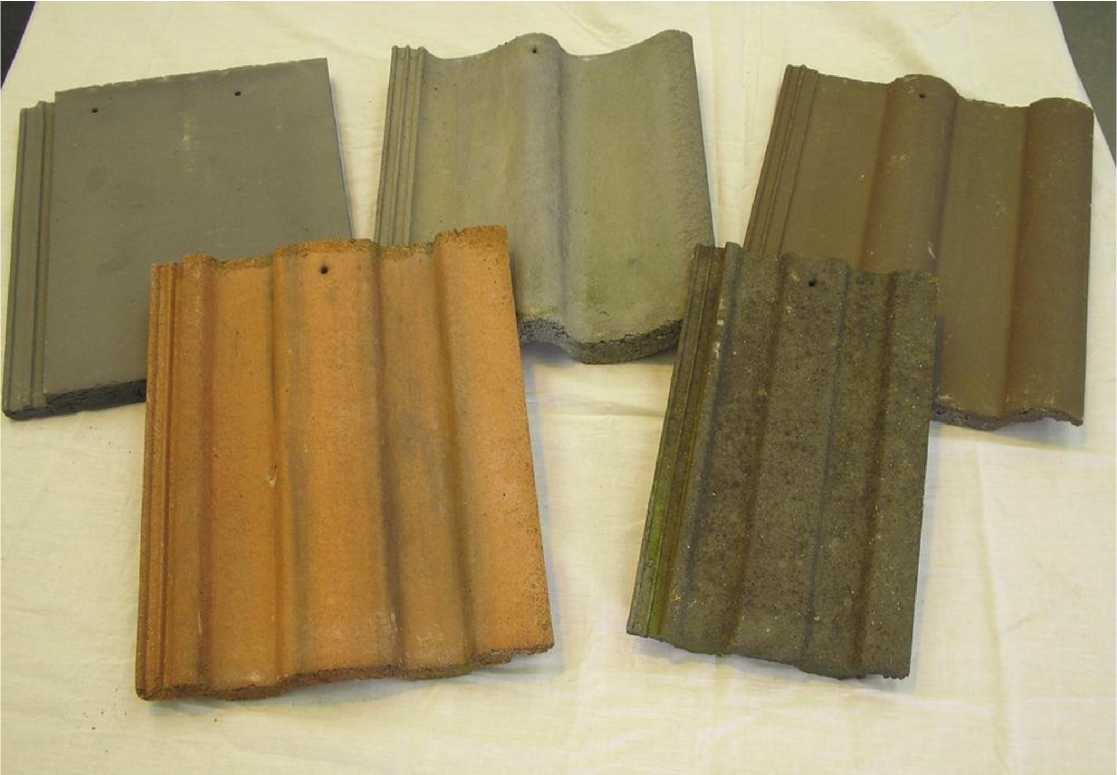 These are the most popular in Britain because they are relatively cheap, quick to lay and come in a range of colours, finishes (that is, smooth or granular) and profiles (shapes). The profiles shown here are among the most commonly found in Britain although it is important to note that each manufacturer’s tiles will vary slightly so it is important not to mix them together. Each tile type will have a minimum pitch at which it can be laid under warranty, so it is important to check this before you place your order.

Plain tiles are the traditional, small, rectangular tiles still found on many old properties around Britain. Clay plain tiles have been available for hundreds of years and are still being produced today. Concrete plain tiles, which appeared much later, are readily available, come in a range of colours and finishes and are cheaper than their clay equivalents.

Standard fittings include under-eaves/tops tiles, which are needed to create a double course at the bottom and the top edge of a roof, and tile-and-a-half (sometimes referred to as gable tiles), which are used to create a half bond on every other course. There are also a number of fittings for plain tiling to hips, valleys and vertical areas. 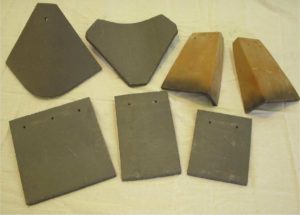 Roof slates native to Wales or Cumbria are still regarded by many as perhaps the best in the world, although they can be considerably more expensive than imported ones. The vast majority of slates now used in the United Kingdom are imported from Spain but also come from other countries such as China, Canada and Brazil. It is important to remember that slates are a natural product and may vary tremendously in quality from one quarry to another. In other words, you cannot tar all slates from one country with the same brush; with slates you normally get what you pay for, and so it is fair to say that price generally reflects quality.

Such a slate is easily identifiable by the neatly formed nail holes just above their centre and the single rivet hole near the tail. Because they are machine-made, there should be no variance in thickness and so it takes less skill to lay them than natural slates. Wide slates (slate-and-a-half and doubles) are available for use at the verge, valley, hip ends and at abutments. A range of fittings including special verge units, hip and ridge tiles is also available.

These are either part-round or angled and normally made from the same material as the roof covering (that is, clay or concrete). There are also ornamental ridge/hip tiles, which are normally made to order, along with highly ornate end tiles called finials. Ridge tiles and hip tiles are essentially the same, the only real difference being that those designed specifically for the hips are not as steep (that is, flatter, not as angled or round) as ridge tiles. 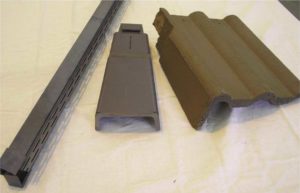 These are small, rectangular pieces of clay or concrete designed to be inserted into the pans (low points) of roof tiles, with a pan depth of 25mm or more when bedding hip or ridge tiles. The purpose of the dentil slip is to reduce the size of the mortar bed and thereby combat the shrinkage and cracking that can result. They also provide some degree of decoration to the ridge or hip detail.