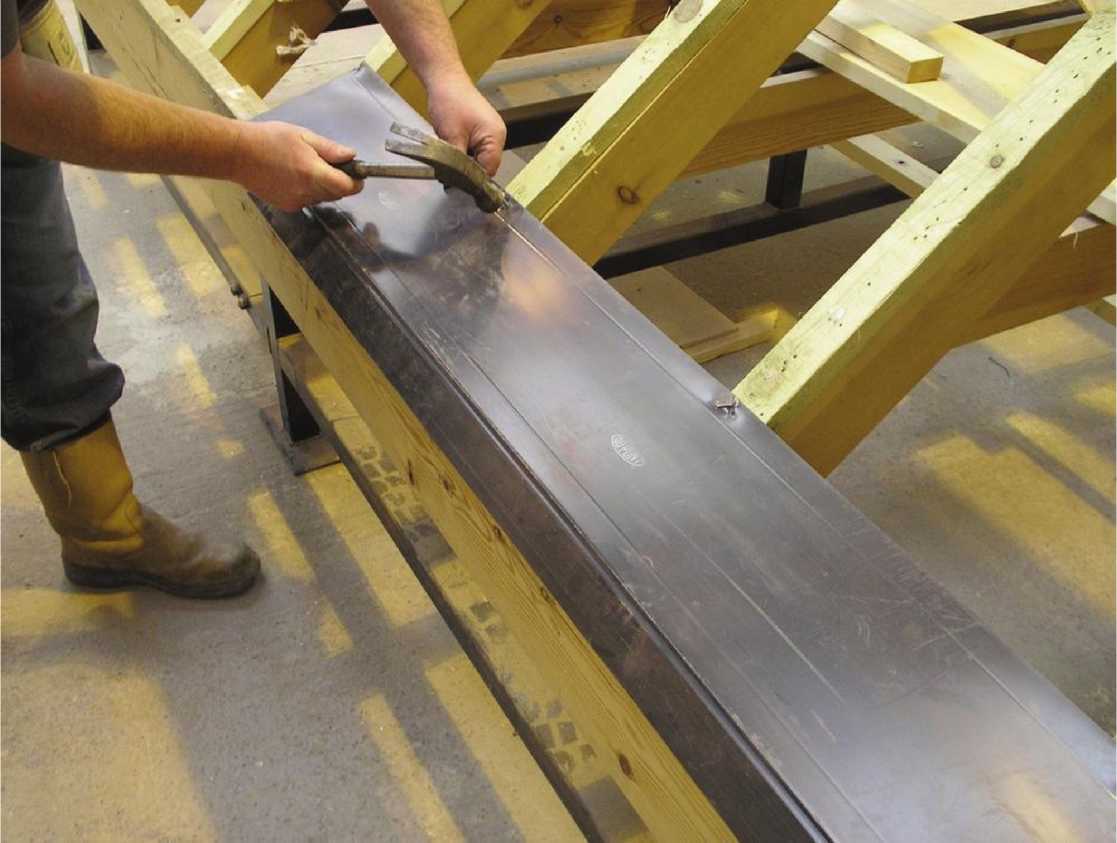 For many years the most common type of underlay used under slates and tiles was the bituminous felt Type 1F. This is still widely used in the domestic sector, but it has all but totally been replaced on new sites by a range of high-tech, plastic underlays. 1F felt typically comes in 1m by 15m rolls. Many roofers, and therefore merchants, will refer to all underlays as ‘felt’, irrespective of the actual type.

Breather membranes, incorporating thousands of micro-holes, are produced in rolls up to 50m in length and widths of 1 and 1.5m. The holes are designed to be small enough to prevent water droplets coming in but large enough to let water vapour escape. In many cases, no other ventilation is needed, but if you are considering using a ‘non-vented’ system you should consult with the manufacturer of that underlay and whoever is responsible for the roof design/specification first.

Where non-vapour permeable underlays are used, additional ventilation, normally at both eaves and ridge will normally be required on all roofs.

Most respectable merchants should only stock roofing battens that are produced from imported Grade-A softwood imported from Scandinavia. The most common sizes are 50mm x 25mm and 38mm x 25mm. The size you need depends on the rafter centres and the type of material you are using. If in doubt, use the larger size for all interlocking tiles and any types of slate, and the smaller size for plain tiles only. A third size, 38mm x 19mm, was used on old roofs for slates and plain tiles but is now no longer acceptable unless it is used on a fully boarded roof.

It is important to ensure that battens comply with BS5534 and the best, and often only way to ensure this happens is to purchase fully factory-graded battens. Graded battens have become the norm on site in recent years and are now freely available. Whilst no re-grading is needed, it is still advisable for the user to check for obvious defects when fixing the battens.

Until fairly recently, the supply of fully graded battens was not sufficient to meet demand and the other option was to grade on the job. Typically this involved checking for large knots, knots which have dropped out of the timber, splits, distortions and badly waned (i.e. slanted or curved) edges. This practice may still be allowed in certain circumstances although grading on the job does require formal training, can be time consuming and can result in high wastage factors.

Note that moderately waned edges are not a problem providing they positioned correctly. They should be placed at the top edge for slates and the bottom edge for tiles, and in both cases should face the installer.

The requirement of any nail or fixing is to transfer enough resistance to stand up to the forces placed on it and to prevent the attachment from coming off again. There are now a variety of nails in use, from standard, round-headed wire nails (normally galvanized) to improved (for instance, ribbed or helical) nails, some of which come in cartridges to be used with gas-powered nailing guns. Standard nails for 25mm-deep battens should be 65mm in length and at least 3.35mm in diameter.

Felt should be fixed with large-headed, clout nails at least 25mm in length and made of galvanized wire or aluminium. If you are using a plastic underlay you may wish to use a heavy-duty staple gun to fix it.

It is important to check with the manufacturer or supplier that the nails are correct for the particular slate or tile you are working with. If the wrong nails are used and this contributes to tiles or slates coming off, then it is possible that the installer could be found negligent if a dispute occurred. 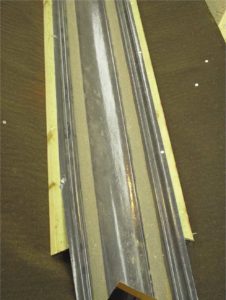 In general, most tile nails are aluminium alloy clouts, with their lengths and diameters varying depending on the profile and the depth of the tile or slate. Like batten nails, they may be standard or improved to give extra resistance. For natural slates and some artificial ones, copper clout nails starting at a minimum length of 30mm are normally specified.

Unless you are going to use lead sheet in the valleys, the most common way to line valleys is now with a preformed, glass reinforced plastic (GRP) liner. The liners normally come in lengths of 2.4 to 3.0m and, if they are to be used for materials that require mortar bedding or pointing (for instance, interlocking tiles), will have sanded strips running parallel to the centre line. Conversely, valley liners without sanded strips are used with materials that do not require mortar bedding (such as slates).

Felt support trays do two important jobs. The first is that they prevent the felt or underlay from sagging behind the fascia board and therefore prevent a trough from forming, which could gather water and, at some point, leak. The second is that they offer a non-perishable, leading edge into the gutter, meaning that the felt or underlay (most are not designed for open exposure) can be set back away from the sun’s ultra-violet rays and other destructive elements. 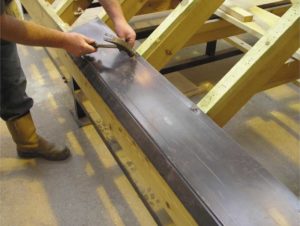 Hip irons are galvanized metal bars twisted into a scroll and with two or more holes in them for fixing to the roof. They are fixed to the hip rafter with two screws or nails to ensure that the hip tiles do not slide off the roof as they are being fixed, and to offer long-lasting support once the mortar has set. 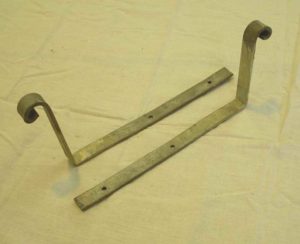 This is the name given to any material that provides an overhang at the verge on which to bed mortar. This could be natural or artificial slates, plain tiles or, now more commonly, fibre-cement strips. Slates that are normally cut into widths of 150mm or greater and plain tiles are laid face down so that the ‘good’ side can be seen when looking up from ground level. Fibre-cement strips normally come in lengths of 1.2 or 2.4m and in a variety of widths, the most common being 150mm. One side is smooth (the ‘good’ side) and the other has a dimpled effect like a golf ball to provide a better key for the verge mortar.